ZTE has a quad processor  1.2Ghz , CPU is from Mediatek – MTK6589 a graphics processor has PowerVR SGX544. It has 1Gb of RAM and 4Gb of internal memory which can be expanded by microSD cards up to 64GB. OS is Android 4.2 , which comes in two versions , one Chinese – English and one containing all the languages ​​in it (Multilanguage ) . But it is extremely easy to install Custom rom like MaxFlavour so there is no problem if you get Chinese version. 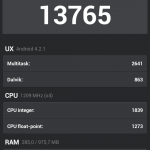 One big advantage of V967s is that it supports 900 and 2100mHz on 3G network. In another words you can use this phone around the world without any problem or fear. ZTE supports two SIM cards with a note that 3G will work only on one.

IPS screen has a resolution of 960 × 540 px which is slightly less than the standard (it would be better if it was 1280x720p). However you can see all details on photos and you can read web pages/books without any problem. You won’t even notice this. The device weighs 180 grams which is normal for a 5 ‘ cell phones. 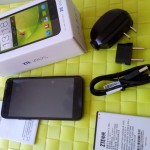 ZTE V967s came well packed in the original small box . In the package there is a cell phone , U.S. charger with EU adapter and USB cable . Unfortunately there is no headphones or anything further than this basic and it is quite enough . Anyway, the accessories you get for free is often not so great quality. On the screen there is some kind of protective film that I do not like , so now I ordered another for 1$.

Chinese version of a cell phone that I ordered has a couple of Chinese applications and if you order this version it is desirable to immediately change rom, put Max Flavour or some other from forums. For beginners I recommend immediate purchase Multilanguage version.

The device can handle all 3D games, including Real Racing 3. Antutu score is around 13 000 which is expected. You can multitask, while we are playing a game we can press Home key to return to the menu, open Chrome and YouTube to view a tutorial to cross the mission, all without any freeze or slowing down .

The speaker is loud enough and you won’t hear any noise on higher setting. 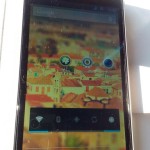 At resolution of 960×540 we can see the tiniest detail when watching movies , the colors are there but black could be more black. The screen on the sun behaves well, we can see everything automatic lighting works ok .

We came to the part where the ZTE V967s could be better. I have to be honest and say that the camera is disappointing for me. Images are sometimes blurred, colors are missing and images in the dark are very bad . The flash is very weak but sufficient to illuminate the road in the dark .

As one friend said , the camera CUBOT GT99 is a DSLR camera in comparison with this. The pictures are much more vivid , sharper and simply better . On the GT99 can see the registration plate at a great distance , every detail of the stone on the house but with ZTE you can not read the number from the table that is at a distance of a few meters . The video is in 720p resolution and it is better then photos. 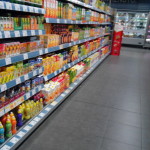 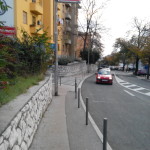 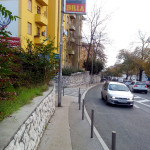 Camera is maybe not best side of this phone but GPS is great . While some others MTK phones with several tutorials still doesn’t have accurate GPS with ZTE it is perfection. Those who travel this device would great choice for them. Wi-fi signal is also great and it doesn’t loss.

The case is extremely well made​​, side remind us of aluminium but it is plastic. The side cover fits well. Build quality is at the upper range from other Chinese phones.

And the biggest plus for the end , a large battery capacity of 2500mAh is really excellent . Mobile without charge and with judicious use can withstand 3-4 days of use which is considerably more than the competition . Even at a higher and more use about 2 days we will have to charge mobile phones while in the GT99 is only about one day or take it in the morning with 100 % in the evening or the following morning join the charge at around 9 % .

Advanced users will be very satisfied roms which has to throw , MIUI and MaxFlavour rom is regularly updated .

Due to the excellent build quality , good GPS as well as supporting all frequencies of our operators this could be the first choice for you. ZTE is a famous brand that is sold in millions worldwide . A similar cell phone is sold for $300 in local stores but you could get it for $140 . Quad-core processor and 1Gb RAM would be enough for anyone.

Also read my review of Cubot GT99 which is in same price range.

If you have any questions feel free to leave it in the comments.