Pipo W4- powerful tablet which sells for only $89, it has a Quad-core Intel processor and Windows 8.1 operating system.
Below you will read how good this tablet really is.

Kingsing W8/Pipo W4 has latest quad-core Intel Atom processor  Z3735G at 1.33 GHz, Intel HD graphics, 16GB of storage, and what is interesting-OS is Windows 8.1. 8 inch IPS screen with 1280 x 800 resolution that has the same view from all angles and 1Gb of RAM. It has an HDMI output, MicroSD port, headphone jack, Bluetooth, built-in Gravity Sensor and microphone. The front camera is more detailed and better than the rear though both are declared as 2 Mpx. All of this will be described in more detail below. 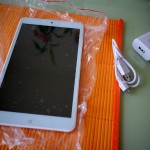 In the box except the tablet is only the charger and USB cable. Screen protector was placed bad with a lot of bubbles which I immediately removed. There are 4 buttons, Windows Start button, the Power and Volume Up / Down. Turning on is extremely fast, the Windows interface is in English. For those of you who are unfamiliar with the concept of Windows tablet, everything is like on your desktop computer. Interface, windows, programs… everything is the same but even better. You can install all the applications and programs as on a desktop computer. Since I am not particularly a fan of Metro interface I’ve installed “Classic Shell” so my start menu is now like in the Windows 7.  Under System I can see that my Windows 8.1 -32bit is activated and license is valid.

Connecting to Wi-Fi is easy, coverage is good and Windows Update installed a update as soon I was connected. Windows are in English but you can install/change to many languages in Control panel.

Tablet is a fast, fluid. 1Gb ram on this optimized OS is enough for a tablet. Google Chrome and Internet Explorer can without any problem show all sites, games can also run smoothly. You can read more about this in chapter Performance. 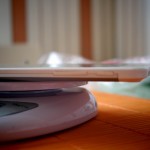 It is very thin 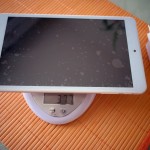 It weight only 380 grams 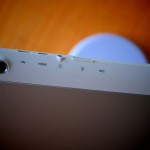 Kingsing W8/Pipo W4 has an 8″ IPS screen with resolution 1280 x 800 and display is excellent, brightness is strong enough so you can see screen even at the sun. Touch is extremely accurate, even though close button is so small I can press it without any problems . It supports up to 5 simultaneous touches. Housing is made of high quality plastic, the front side is white and there is the Windows Start button, Power and Volume buttons while the back is a silvery color, it weighs only 378 grams and it is extremely easy to hold. Kingsing W8 is thin and you can hold it for long time in hand. On the back side is a MicroSD card slot which is “Mush have” because Kingsing has only 5GB of free space (16GB total), just buy a 16 or 32Gb card and place it to get “D” partition on which you will later install applications and games. Too bad that there is no screen protector to buy anywhere for this tablet. 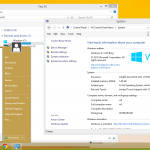 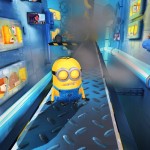 Here is 1Gb RAM enough, all sites, all portals open without problems, quad-processor Intel Atom Z3735G (Baytrail-T) is working great. I went a step further and download from the Microsoft Store Minion Rush, a popular game. This 3D game is spinning so fast, with a lot of FPS and I can play it even better than on the Android tablet with similar specification. Rotating the screen is extremely fast, Intel HD graphics tablet is extremely strong, it will not be heated in the work. About battery: I have Kingsing W8 only for two days so I will describe to you as best I can tell: Tthis morning I took Kingsinga W8 from the charger, I was almost constantly on it, surfing on the Internet, played more then an hour Despicable Me, Wi-Fi is turned on and the battery was after 13h (in the evening)  37%. So the battery is durable, and its capacity is written nowhere so I calculated with the help of apps; minimum calculated battery capacity is around 4100mAh (on 100% battery HWmonitor shows about 15.000 mWh and how voltage is 3.7V from simple mathematical account (division) I got around 4060 mAh). I should note that I did not even calibrate the battery, it is possible that the actual capacity is even larger. If you use this tablet often you will probably get one day and even two days if you use Kingsing less. 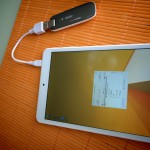 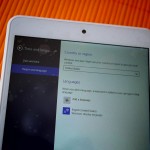 You can select many languages

I connected the TV to the HDMI output of the tablet and the display is excellent, and I tried the T-Mobile USB stick connected to the USB port on the tablet (via OTG cable that costs $ 1 -you don’t get this in box) and the drivers are successfully installed, 3G Internet has worked successfully.

The sound is great, loud enough so that the 50% is loud enough if you listen watch something on Youtube or listening music in Media Player. I didn’t  had the opportunity to try Bluetooth but I turned it off for better battery life.

It has a front and rear 2Mpx camera which is not something extra, but it will be quite solid for ordinary photos and Skype calls. Note that the front camera much better and more detailed, there is even autofocus. Skype calls on Pipo W4 will be in good quality.

Conclusion
Pipo W4 is a awesome Windows tablet. It has even better performance than Android tablets with a similar configuration, it is  fast, powerful, and simply excellent. This Windows 8.1 Tablet can be purchased at Banggood for only $89.99 (it is In stock) with. Imagine how Windows 8.1 license and Intel hardware costs and how much you get with this tablet. In summary, the tablet is excellent, Quad core Intel Atom processor, 1Gb RAM, strong battery and IPS screen resolution of 1280 x 800 which you will be able to watch even at the sun.  With 380 grams you can take it wherever you go.

If you have any questions or if you want  -$10 coupon feel free to leave a comment.