I was looking for a tablet that has a slot for a SIM card (for 3G), with GPS and that the screen is slightly larger (9+ inchs. As I was searching on the web, that tablets costs +$180. I chose a Chinese Tablet VOYO X1,which I  ordered from Banggood for $153 (with  -$10 coupon which I can share in the comments). I was looking for a 3G tablet, or one with whom I can go anywhere on the internet with the SIM card. Quite a useful addition that some will and some will not use.Voyo came to me relatively quickly, for three weeks and was sent by Singapure post. I do not know if you noticed but in some way this tablet is iPad 5 clone and it comes in white color.

Voyo X1 has quad core processor MTK 8382 1,3Ghz, graphic chip is Mali 450, it has 32 Gb of internal memory, which should be quite sufficient and 1GB of RAM. The screen is quite large, 9.7-inch 1024 × 768, 4:3 (more square shape). It has a very powerful battery of 6000 mAh and weighs 575 grams, so it is not difficult to hold in your hand. The design is similar to the iPad but this tablet runs on Android 4.2. Another great advantage of X1 is good 5 megapixel rear camera with auto focus as well as the front of 2Mpx which will be more than enough for Skype and selfies. In tablet goes a normal SIM card and with the tablet, you can call, send messages and access the Internet at 3G speed. It does not support microSD cards but it has OTG option so you can connect everything, and mouse, USB memory or MicroSD reader if you need something to save on external memory. In addition, the device has a vibration (which is nice) and supports Bluetooth. 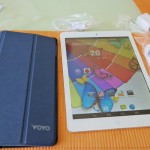 Tablet came in a box of styrofoam, and it was in a bubble cover . The packageincludes a tablet, USB OTG cable and charger 5V/1.5A. Again it came the wrong charger, one for the U.S. with EU adapter. I really do not understand why it is standard to send such unfortunate and cheap chargers.

Voyo X1 relatively quickly turned, he recognized the T-Mobile network and I immediately turned off the mobile internet and set my local language.  Google Play is here but also plenty of Chinese applications. One of the first things I had is to delete those unnecessary Chinese apps (3-4a pps). On it was 1.19 rom which did not show fluid in the work.

Tablet despite strong hardware is sometimes slow in the menus, not so fluid. It’s nothing dramatic, but just the current rom on it is not optimized. My version came with 1:19 rom and supports OTA update and I tested “Check for upgrades”, but  it says that this is the latest version.

But let’s move on.

X1 has a large 9.7-inch IPS screen resolution of 1024 x 768. While the resolution is slightly lower, it is enough, the screen is equally visible from all angles, the color is not changed, the display is always excellent. Tablet is possible to use on sun but you need to set brightness to highest setting. Case is made of high quality plastic, the front side is white with one physical Home button and on the is buttons for onluck and volume change. The back side is silver and there is a cap beneath which hides the SIM card slot. When the tablet is in the blue case it is a little harder to press unlock button but there is a sensor so when case is opening the tablet turns on and when leather case is closedit will lock it self. Pretty sweet. 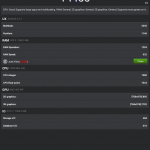 By running Antutu benchmark tablet has a score around 14-15.000 which is great, quite impressive for quad processor with 1Gb RAM. All operations are performed in fast time. Yet there are problems with fluidity. I do not know if it is true but I think scrolling in Google Chrome should be smoother. Game type Angry brids and similar runs without problems but with 3D game Minion Rush has a small slow down, lack of FPS. It can be played but it could be faster, with more FPS. I do not know if it’s the last update where it was added another world but that the game could be better.

Unfortunately there is no HDMI port but the tablet supports Bluetooth, OTG connectivity. I connected the wireless mouse and 8Gb USB memory and all recognized and working.

It has 32GB of internal memory. The speaker on the back is really loud, it is fully understandable on the the strongest setting, you could be DJ with him on the party.

The battery is quite strong, with a capacity of 6000mAh and really quite long lasting. It takes about a day or two until full discharge which is really awesome. You could use tablet all day to play games without problems. As the battery is a bit larger and charging takes longer. Charging from 1% takes about 7h and there is a bug if it is started charging below 5% charge and then charging lasts longer. But be sure the battery is a big advantage of Voyo X1. Later I found that the charger that came with the tablet is pure garbage, very slow so I use proven ZOPO charger 5V/1A.

More advanced users: I easily rooted Voyo X1 with Framaroot but so far I have not found the CWM as no new ROMs for it. 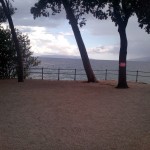 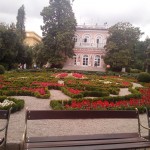 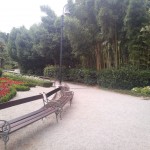 Voyo X1 has two cameras that are really good, with the rear camera 5MPX you can record the nature or environment without any problem, camera has automatic focus. The front camera is worst but sufficient for Skype and other needs.

Unfortunately it rained constantly, so I did not have a lot of opportunities to take photos, in setting the resolution goes to 8Mpx but 8Mpx actually is like 5mpx quality and in addition provides a record video in 1280 x 720p.

The camera can be compared with those on smart phones and it is quite good for a tablet standard.

By inserting a T-Mobile SIM card 3G in my area was working, I get a speed of 9Mb/s for download and 1.8Mb/s for upload, which is typical for 3G. The signal was not loosing. When you call someone tablet uses loud speaker and opposite side can hear me just ok, there was no noise. If you use a headset conversation will be even easier. WI-FI is the best I’ve ever had. All smart phones and other tablet on the balcony give me just a dot or no wi-fi signal while this tablet there is 2 dots, connectivity is good, the signal is strong. 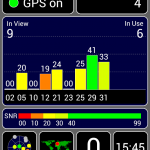 I also tried the GPS and was surprised by the quality. Satellites were found for around 10s, the accuracy is about 3m and it is not getting lost, navigation works without problems. With the fact that there is a small bug, the tablet in landscape mode you need to hold that Home button is on the left. If you put the reverse- signal is quite weaker. Probably the GPS antenna is placed that determines the position. I checked navigation between two local towns, I was directed and placed in right streets so you could use this tablet even for good navigation. I recommend using CoPilot.

If you are buying a tablet up to $ 200 and sometimes you would use, you can safely take Voyo X1. Tablet has a very good quality, Quad processor with 1Gb ram will likely meet your needs and 32Gb of internal memory will store all desired files. Voyo X1 is characterized by a good GPS, you will be able to use navigation and mobile internet when there is no Wi-Fi. 3G speeds of 10 Mbps will allow surfing in any corner of your country. The only bad point I see is the rom, software that is sometimes not most fluid but it will probably be solved by some new version. In conclusion I would recommend the purchase, you get a good tablet for 150$. If you have any questions or you want $ -10 coupon, please leave a comment below.